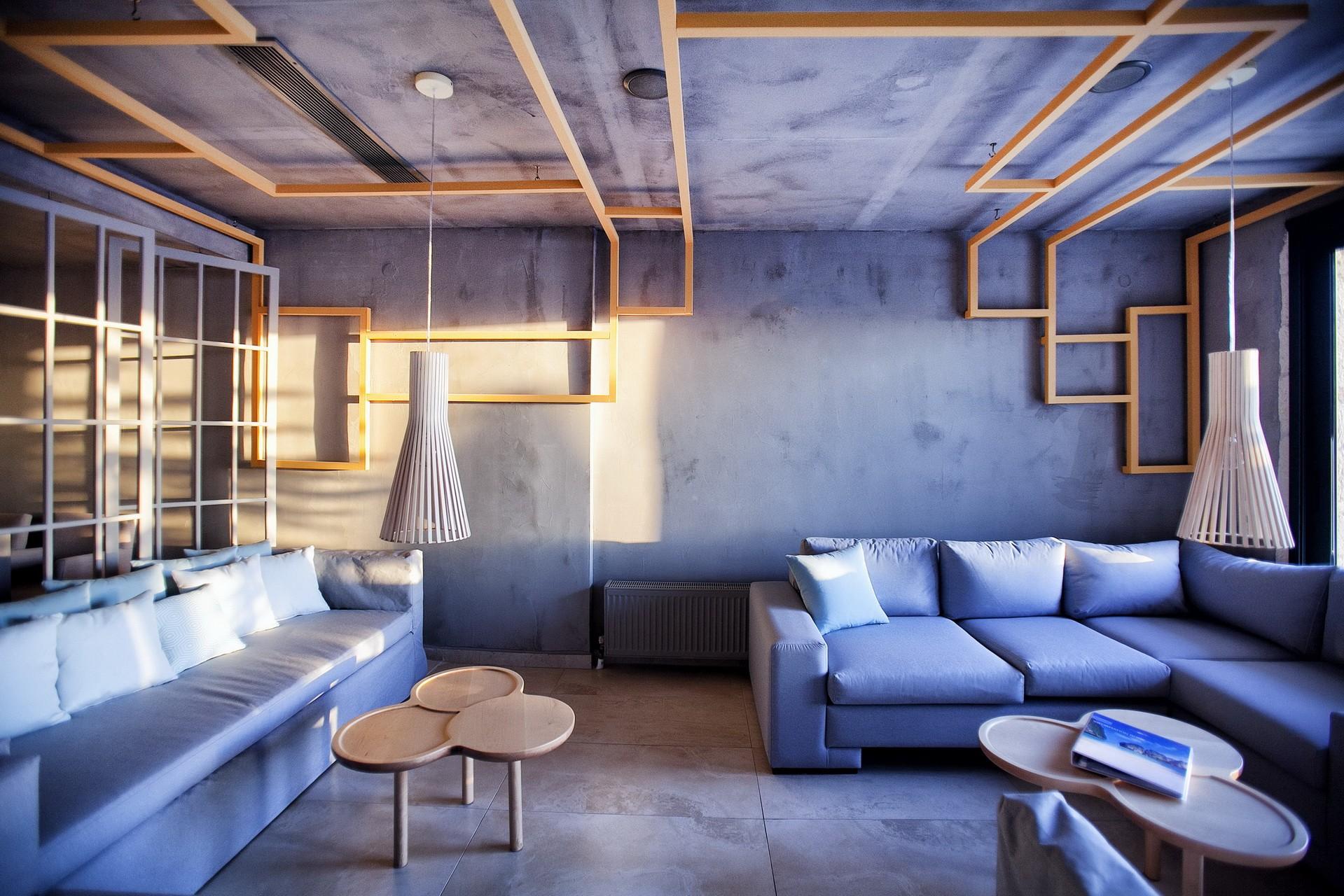 The stunning Rigas Boutique Hotel is located in the most beautiful and traditional village of Chalkidiki, Athitos. Built on the edge of a steep rock, it overlooks the infinite deep blue waters of Toronaios Bay and invites you to experience every special service it has to offer. The combination of the lovely terrace with the swimming pool, the pool bar and the Tuna Fish Concept Restaurant offer you a stunning view to Sithonia and Mount Athos.

The distinctive architecture and the decorative character of the hotel are reflected in every detail of the lobby; such as the large corner sofas, the orange metallic construction along the roof, and the grey walls of forged cement.

The large, free form swimming pool with its comfortable sunbeds, is ideal for a cooling morning swim that especially if accompanied by a summer refreshing drink prepared at the fully equipped pool bar of the hotel. You could also enjoy a meal oozing with Greek flavors of the gastronomic menu of the Tuna Fish Concept restaurant.

On the floor below the swimming pool, you will find Tuna Bar, the earthy elegance of which is combined with the refined flavors and the hotel’s breathtaking view.

The rooms; airy and sunny, follow the earthly color palette. The beam-decorated roof and the bed with the high textile headboard catch everyone’s eye. The extendable bedside lamps over the night stands are equally impressive due to their sophisticated design. Customized wooden constructions create a cozy space for the television and the boudoir, adding an interesting decorative touch. 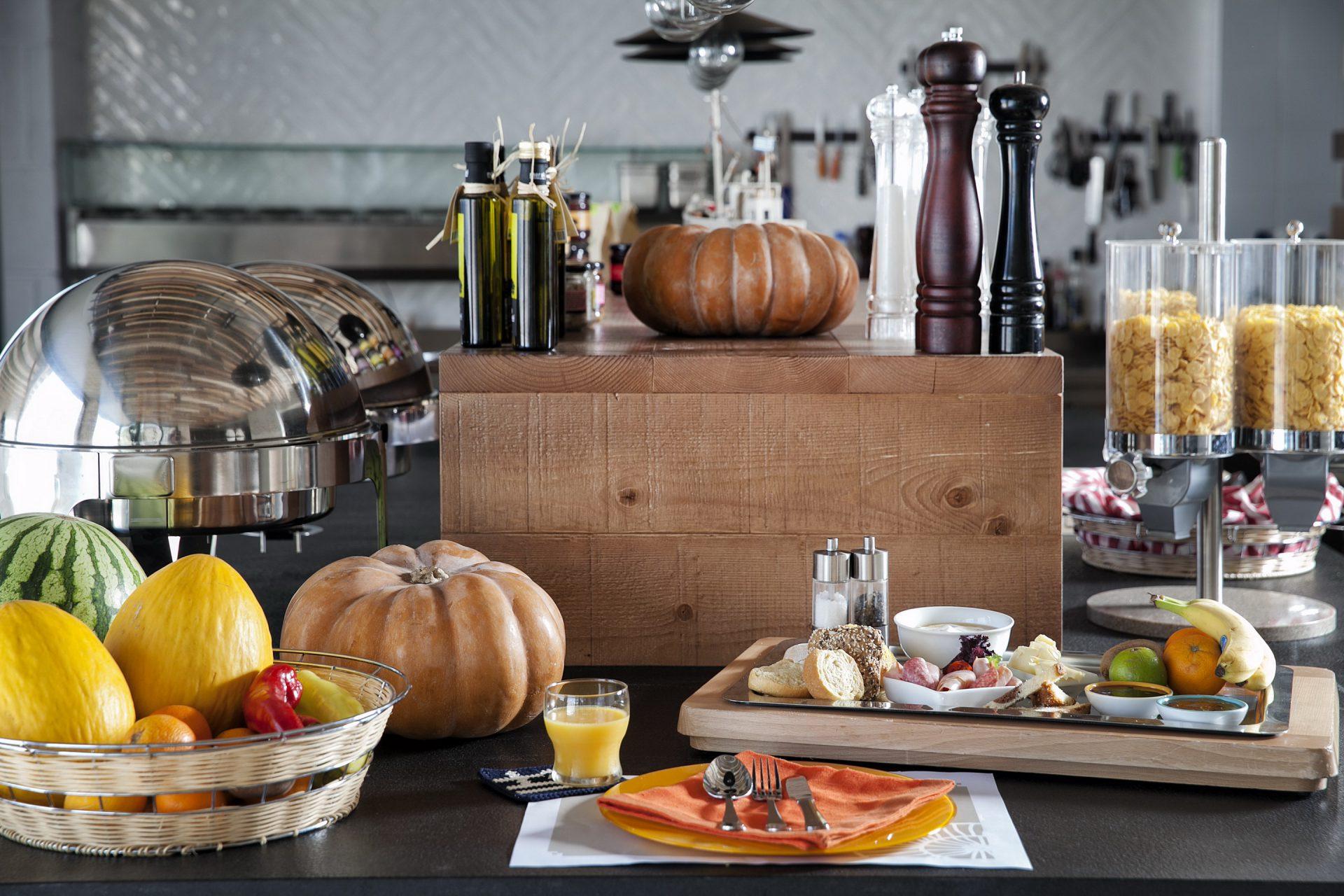 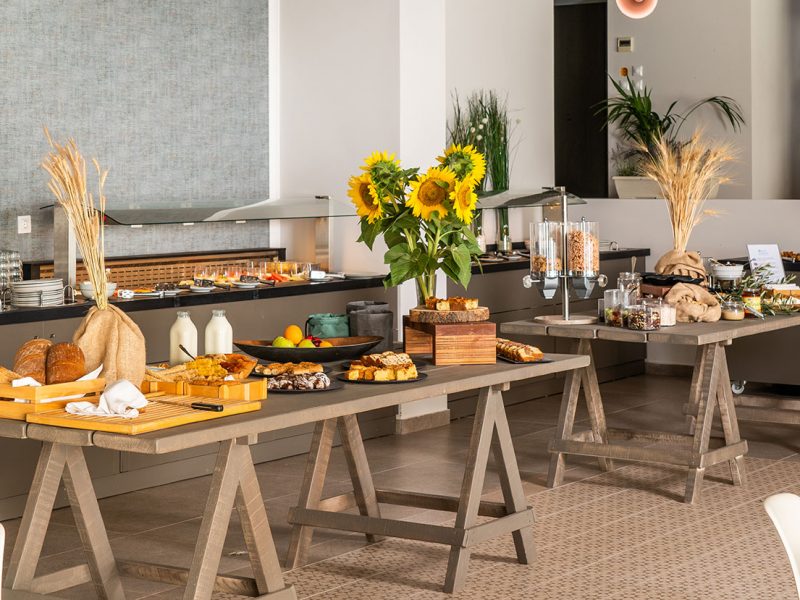 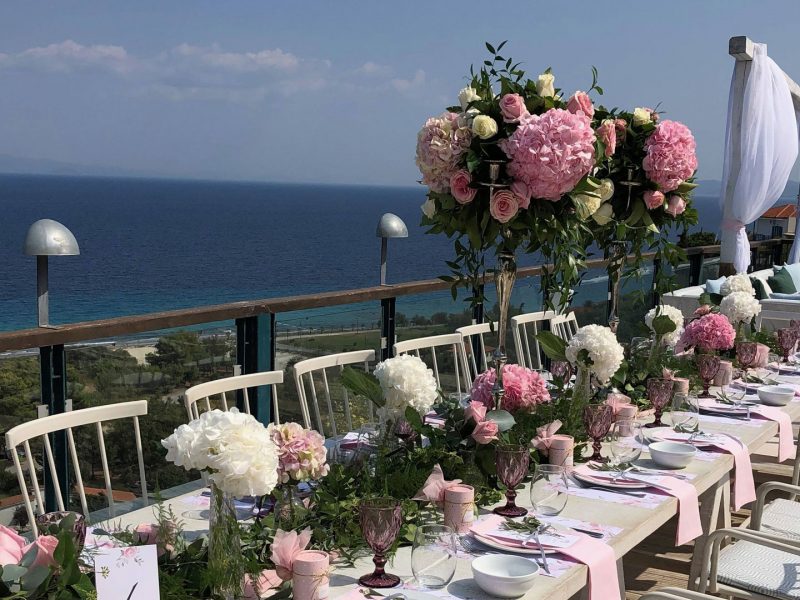 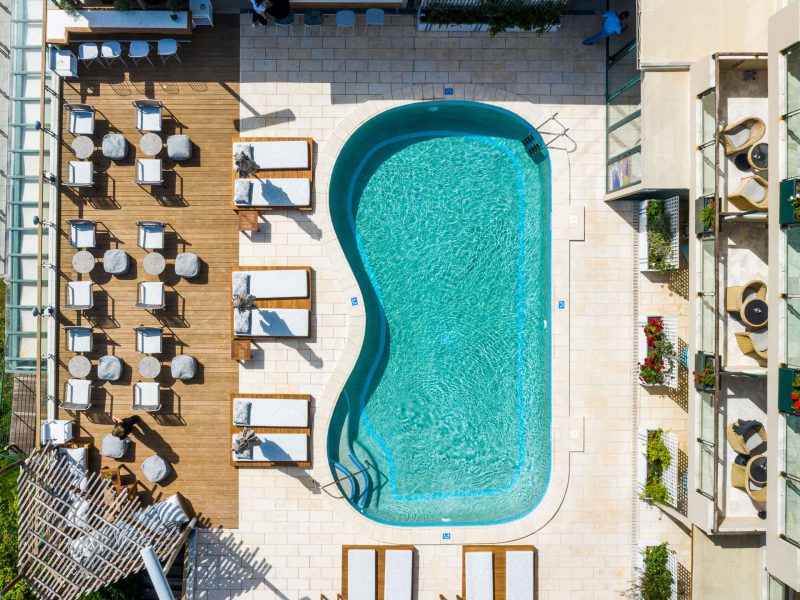